THE YOU AND WHAT ARMY FACTION 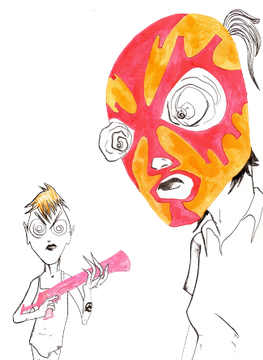 They consist of four people who sacrificed self-destruction for creation... - that’s it!

And now they are four

The three compositions of SILK 7” (mastered by Wharton Tiers) epitomize and culminate what the band has promised all the way through:

SICK drones, cripple guitars, torn-apart basses, drums that lead to cHAOS like a metronome with MANIC depression and VOICES that whisper the MOST HORRIBLE TRUTHS.

...a worth-yr-while trip to the dark side of the human psyche practicing improvisations and psychoanalysis in a small room

somewhere in the greek capitol...

VENT on moremars team they were three…

and the lyrics were now more specific,

the songs better structured and

the addition of a bass player

not only filled any gaps but

to even filthier boulevards...

Three stories about love, addiction and the walks of despair on the hump of ol’ mister death...

Drag (What's Left Of My Body In The Mud) from SILK 7" (GAB v-002) by The You And What Army Faction is included on a special edition compilation CD with the original music themes of the 37th Greek Short Film Festival in Drama.